ACTIVISM. Sweden’s Nest 2 held a public activity in Lysekil on 7 August to conclude their “Peace for Nordic women!” campaign, which has been conducted intensively over the last week. 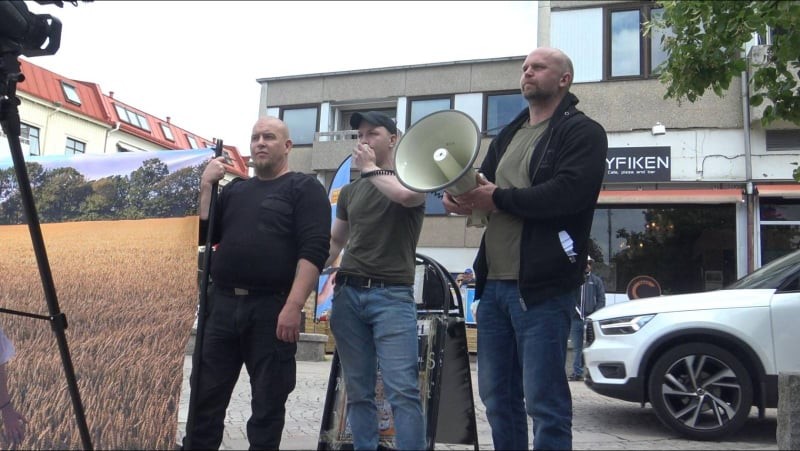 The activists took up their positions on the town square in Lysekil and distributed leaflets to the people. After the comrades had been in place for 30 minutes and a large crowd had formed, Alexander Almroth held a speech. There were over 150 people on the square during the speech. 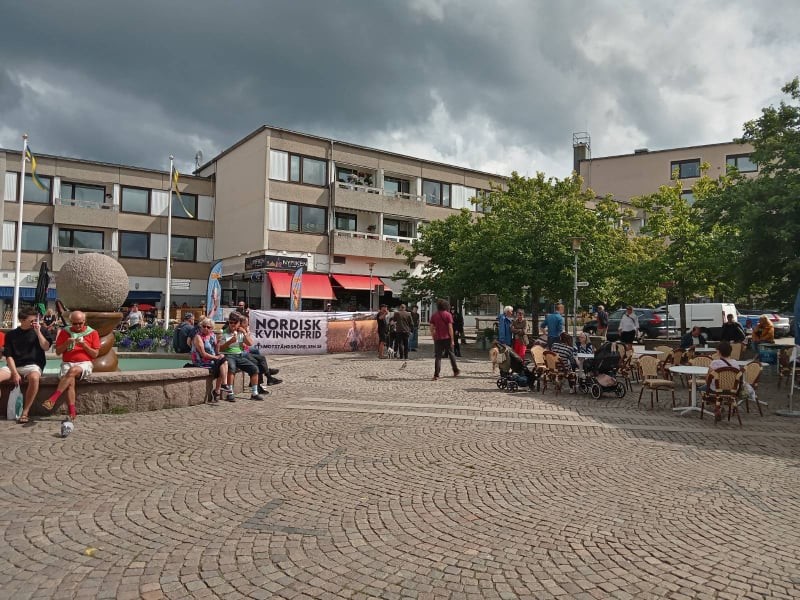 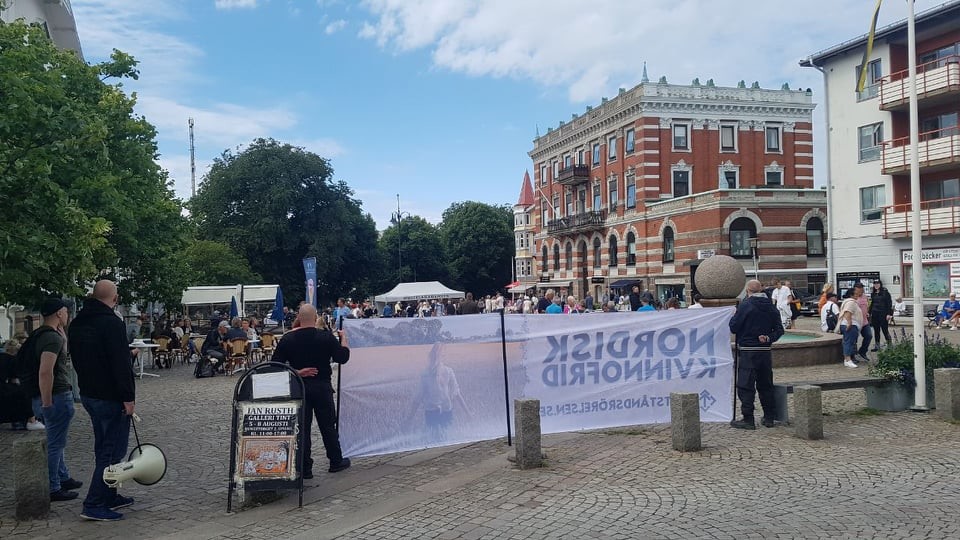 After the speech had finished, several people came forward and praised the Nordic Resistance Movement and thanked the comrades for their presence in the otherwise unsafe town. 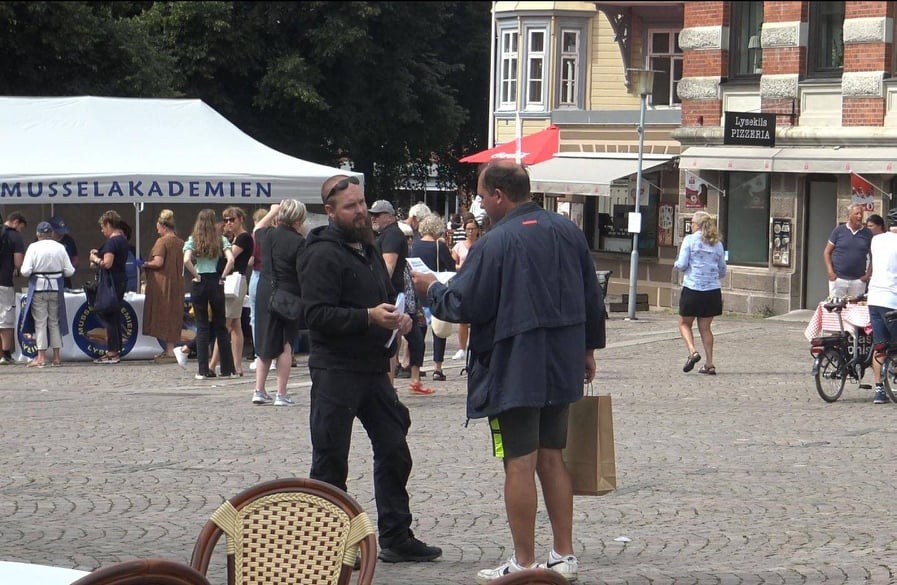 Several people also confirmed the Resistance Movement’s message (which the media attempts to hide) with reports of how large gangs of racial foreigners roam around at dusk, abusing and threatening innocent Swedes on an almost daily basis. 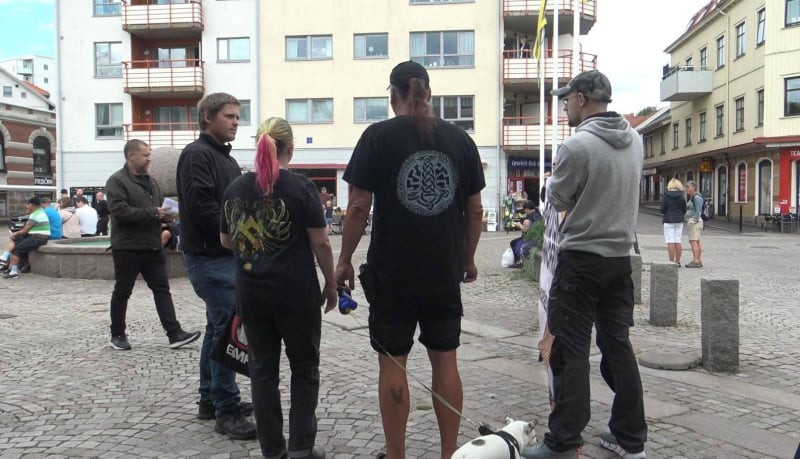 The activists concluded the activity after almost two hours on site. Nest 2 will definitely be returning to Lysekil in the near future.