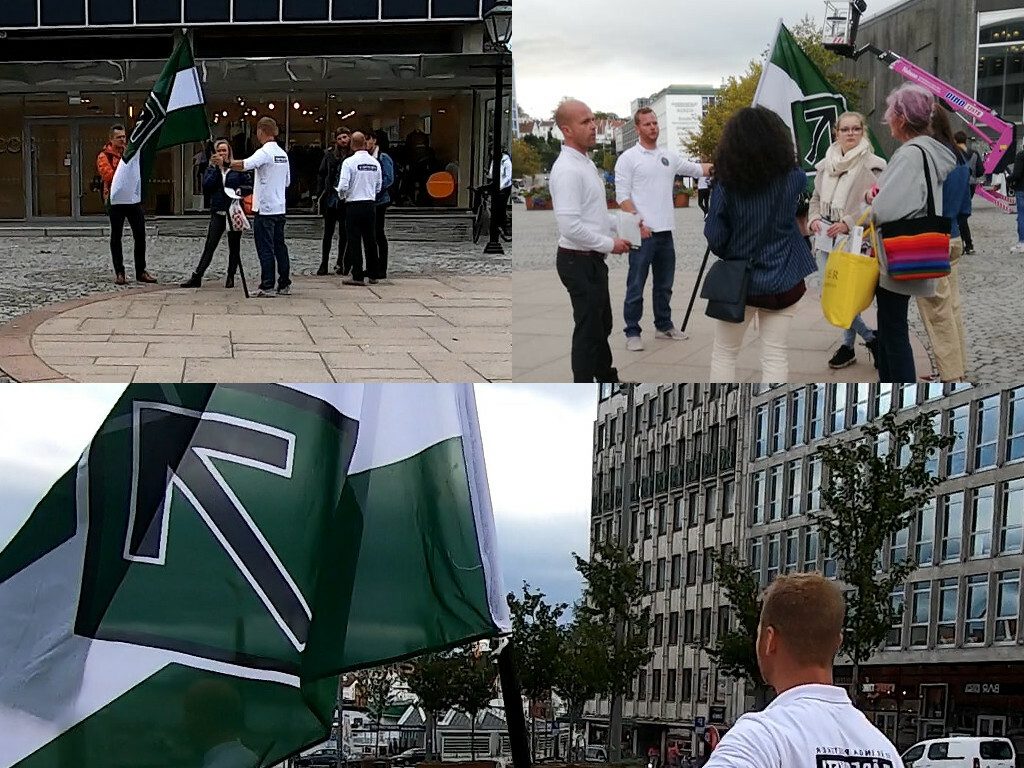 The Resistance men began the day on Stavanger’s Torget town square in the city centre, where they stood with Tyr rune flags, giving out leaflets and talking with passers-by. Many pleased locals and sympathisers gave them the thumbs-up as they passed.

After a while the group moved on to Domkirkeplassen square and continued the activity. Here they were met by a Spanish tourist who was so overwhelmed with joy at seeing the Resistance Movement in person that she gave the activists hugs and asked to take photos with them.

The activists report that no problems occurred and that the police were conspicuously absent. 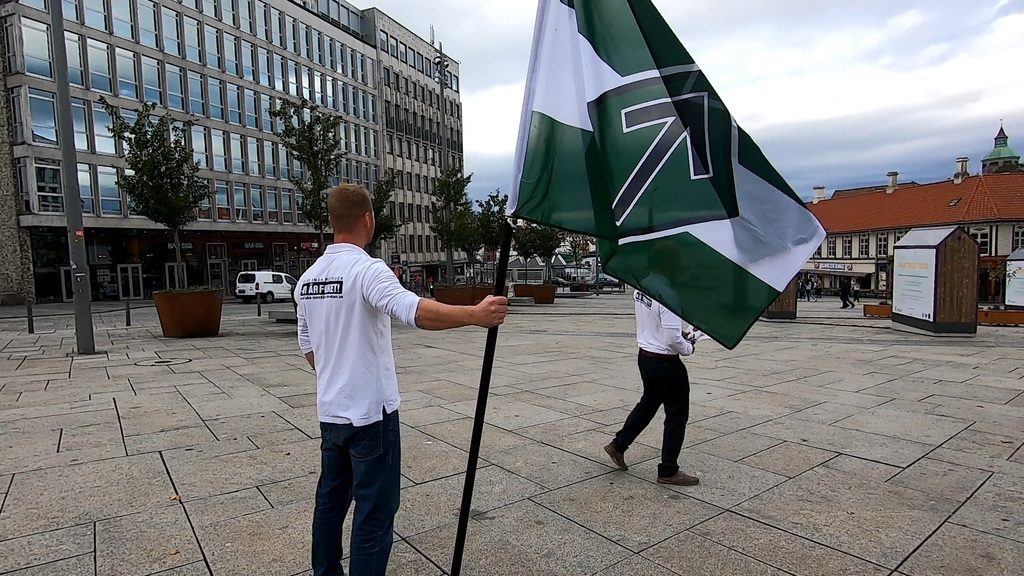 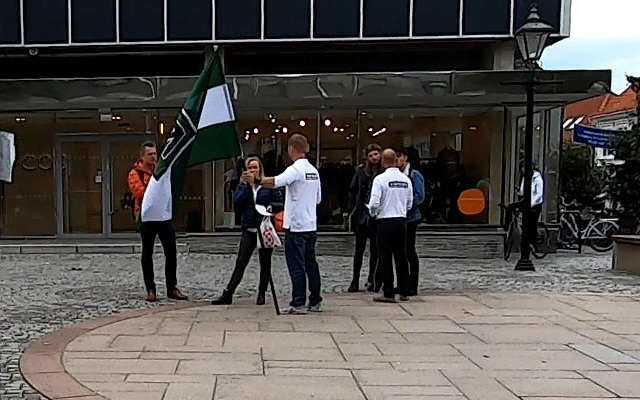 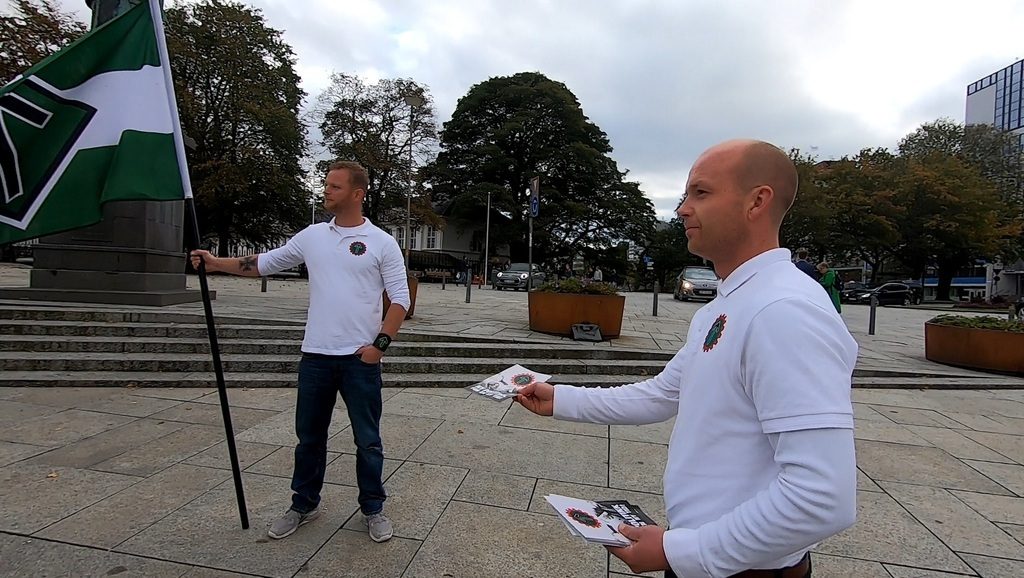 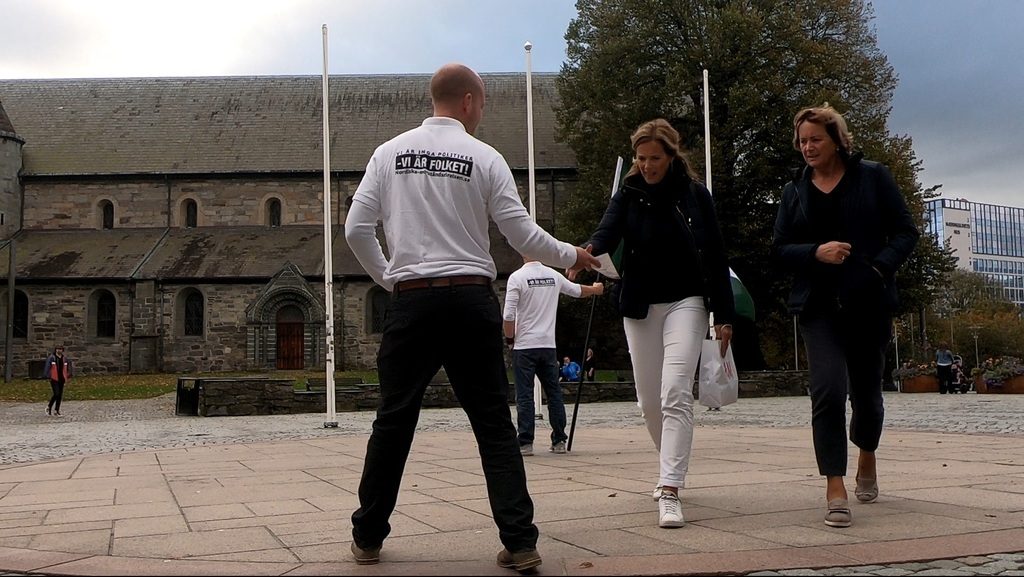 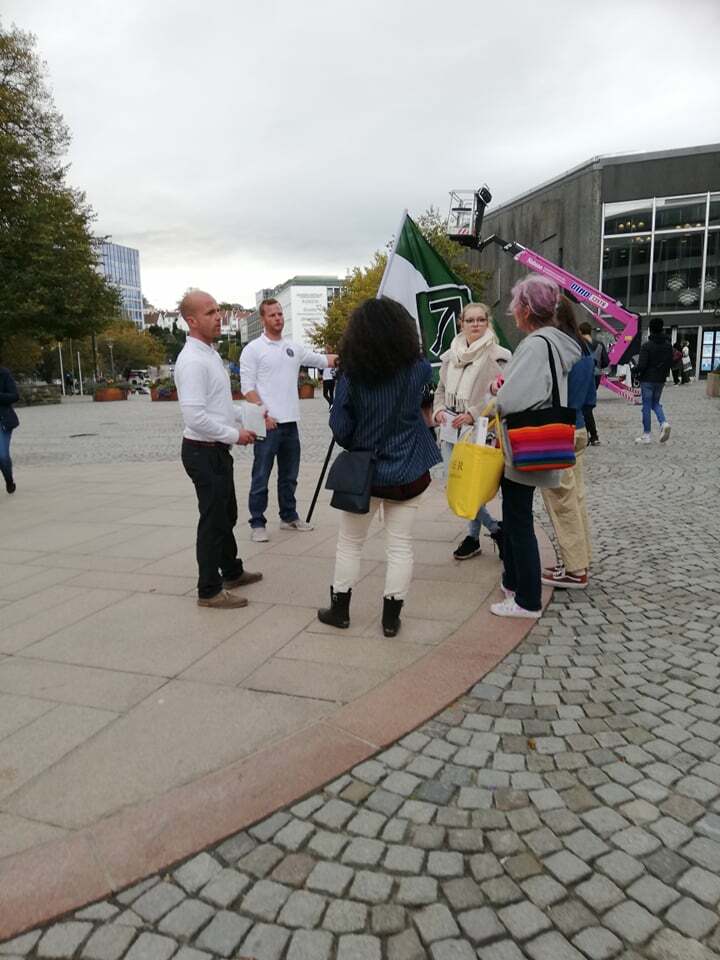 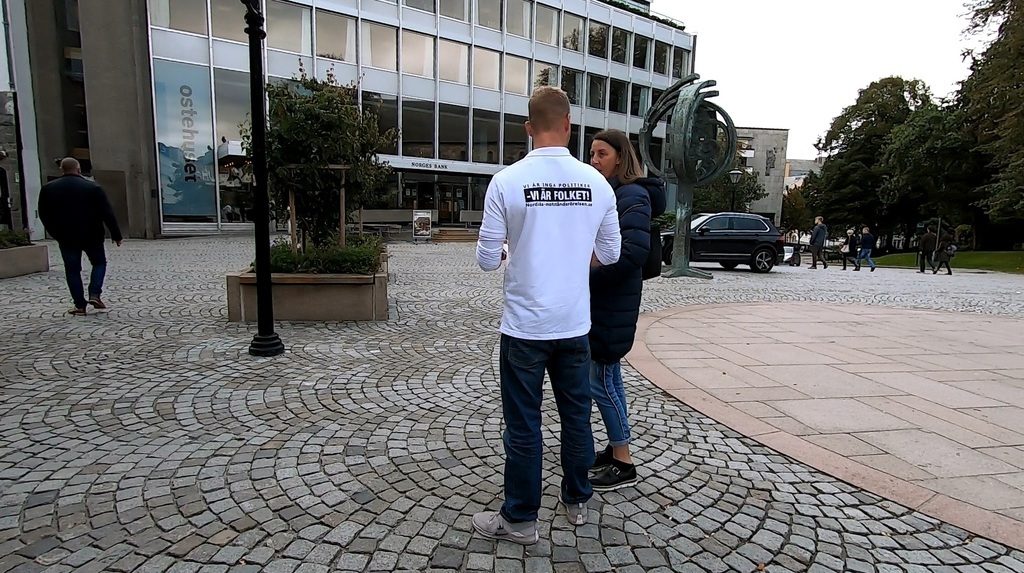 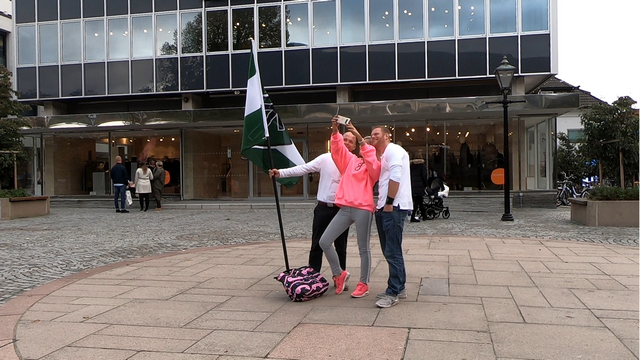