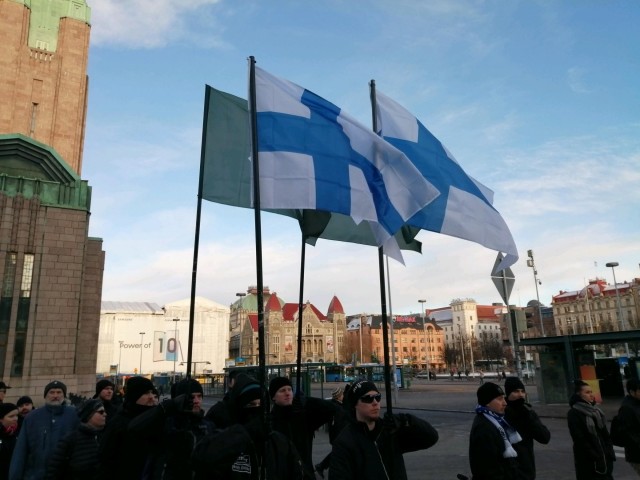 The demonstration served to raise awareness of the National Socialist march on Finland’s Independence Day on 6 December and also commemorated the Finnish Winter War, which began on 30 November 80 years ago.

After the demonstration, the activists continued to spread information about the Independence March. Kohti Vapautta have been denied permission to hold their own customary National Socialist demonstration before the larger joint independence march because the police believe the organisation is a continuation of the currently banned Finnish branch of the Nordic Resistance Movement.

The police showed up to the flash demonstration after a while and demanded identification from the participants, but no one was arrested.

English translation of the speech:

Today, November 30th, is the day when the Winter War started. We have gathered here to promote the coming Independence Day demonstration and to commemorate those brave men who, 80 years ago, had to take up their guns and defend the independence of our young nation.

Now we ask: How many of the youth of today could defend our country when it’s needed, in the time when men are no longer men and women and are no longer women? Only a few hours without smartphones, electricity and running water would cause a meltdown for the spoiled youth of the 21st century.

One hundred and five days of honour followed that last day of November, during which the underpowered Finnish soldiers showed the world how a small but convinced group can fight and beat their overpowered enemy, such as at the battles of Suomussalmi and Raate Road.

At Raate Road, about 500 Finnish soldiers died, but the men of two Soviet regiments from the 44th Division were almost totally destroyed. Some of the Soviet soldiers died from the freezing temperatures because the Soviet Union was unprepared for the cold.

When we compare our fight for the independence of our nation to the fight of our war heroes, it’s apparent that in the 40s they had a clear picture of the enemy: it came from the east with its weapons and uniforms. Our enemy, on the other hand, is not always so obvious. It exists in many forms, such as globalism, feminism, Marxism, multiculturalism and capitalism. But the real financers of the enemy and the highest leaders are the same today as those in 1939. They want to destroy the Finnish people and other European peoples and reach the position of a world authority.

This is why we stand resisting this genocide, and our fight continues until the victory. We will remove all the obstacles the bureaucratic machinery tries to put in our way. Each year when the Independence Day gets closer, the media starts telling us we should stay at home to watch and admire the independence party of the elite on TV – the same elite that each day cut away pieces from our bread, our education, our health care and the rights of the Finnish people to be master of their own country without having the international unions such as the EU, UN or global companies have their fingers in the decision-making.

If we were to believe these unions and our politicians, demonstrations commemorating the war heroes and elevating the modern nationalist spirit are ”against good manners”, extremism and dangerous to democracy.

We, on the other hand, want to urge you as a Finn to ask yourself the following questions: Can you look yourself in the mirror and not act when the politicians are gradually destroying your nations in all possible ways they can? Does your conscience let you just stand and watch? Do you accept it quietly, just wishing that the total economical, political and cultural collapse of our nation and the replacement of Finnish children by Middle Eastern and African people – leading to our genocide – won’t happen during your own lifetime?

If you answered ”NO” to these questions, come to demonstrate with us on December 6th under the banner ”Towards Freedom!” 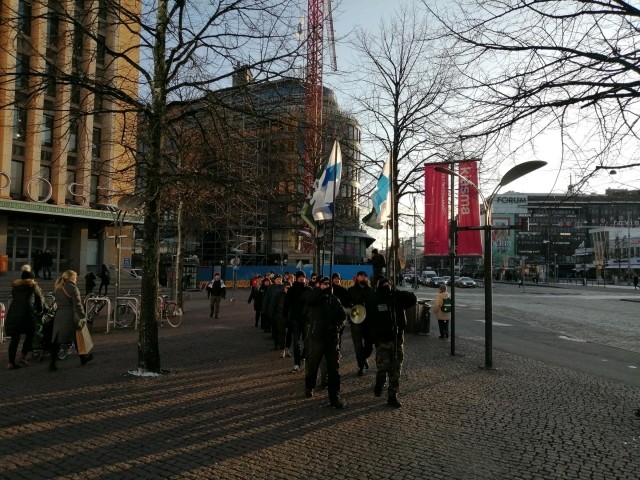 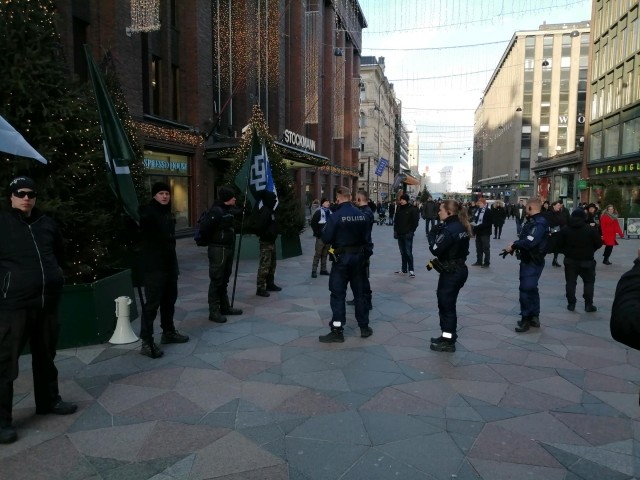 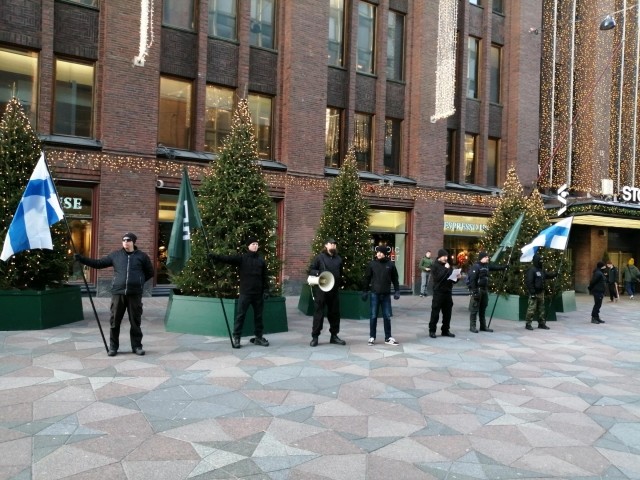